"What does my sex worker really think of me?"

I am in my mid-fifties. The companion that I have started seeing is in her early twenties. She is very sweet and I love her incredible youthful energy. We seem to have good professional chemistry but I often wonder how she really feels about seeing me.

I know that women and men have different perspectives on age gap types of connections. I would feel terrible if secretly she cringed when I made a booking.

What do other people really think of us? This is a universal question...and it's probably weighing much heavier on your mind if you're doing something out of the ordinary, like spending time with a sex worker.

I'd like to put your fears to rest, but it's not as simple as saying, 'Of course she doesn't think badly of you.' It's more complicated than that.

A lot of our experiences with sex are shaped by sex negativity - the idea that sex is wrong, or bad for you. Often, sex-negativity gives us the idea that only certain people are allowed to have sex. You need to be straight, white, young, skinny, rich, confident. And the kind of sex you want needs to be acceptable too - we're told that we should be married or in a long-term romantic relationship. If you don't fit the bill, you might feel that the sex you have is wrong, gross or socially unacceptable.

I think sex-negativity sucks. Everyone deserves to experience pleasure, whether it's by themselves or with a partner. But it's hard to shake the fear! Often, while we're supposed to be enjoying ourselves in the bedroom, we'll thinking, 'Is this okay?' or 'What will other people say?'

You're worried that because you're older than your your worker, they're judging you. But the real question is, are you judging yourself? 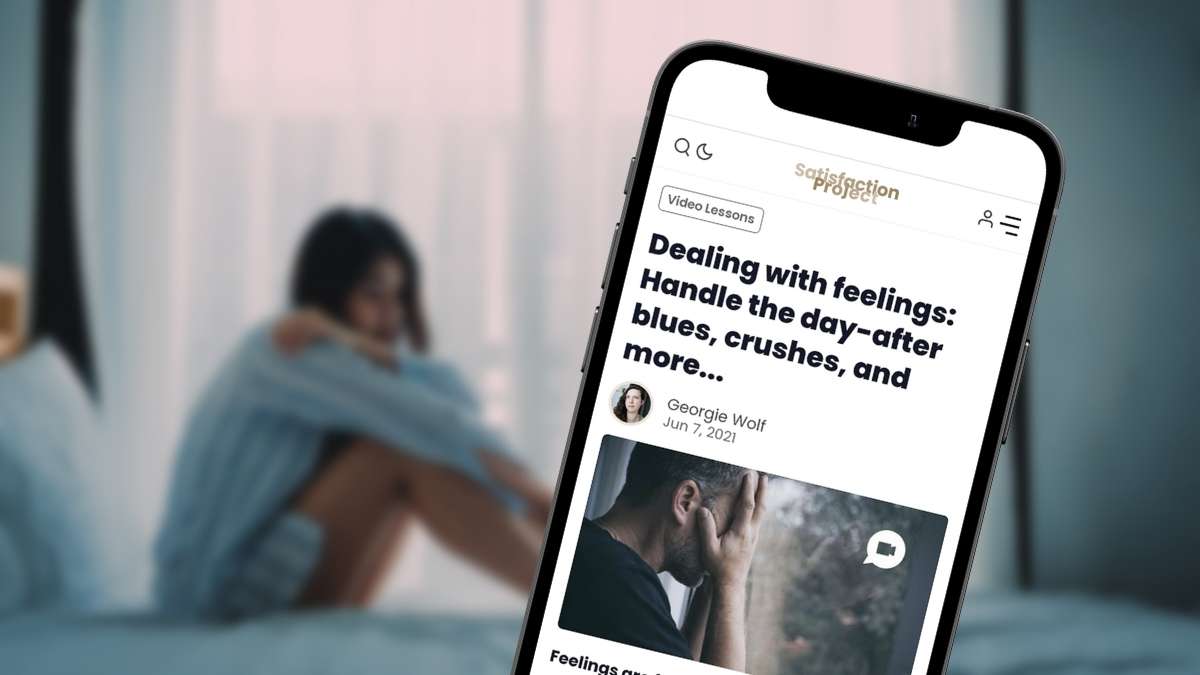 Feeling down the day after? You're not alone.

Our member-only video 'Dealing with feelings' can help.

We can't control what other people think of us. And - I'm not going to sugar coat it - you won't be every escort's 'type'. Everyone is attracted to different things: age, gender, body type...although you'll meet workers who are attracted to your specific look, you'll also probably spend time with people who prefer different attributes.

But all of this is irrelevant...because when you pay a sex worker, your age and physical appearance simply aren't something we factor into the situation. Sex workers don't do the job hoping that every client will look like a sports athlete. We know that's unrealistic. Rather, we simply hope for kind, considerate clients who have good personal hygiene and turn up on time.

If an escort agrees to spend time with you, treats you well, and looks happy while they're doing it, that's what's important. If they wouldn't be attracted to you in their personal life, that's not an issue. And if they're quietly judging you for being older, that's on them, not you.

Rather than worrying, I'd encourage you to find the people you feel genuinely comfortable with, and work on getting comfortable with yourself. That means you're less likely to end up hanging out with someone who thinks bad things about you.

At some stage, we all need to let go of our concern for the opinions of others and simply be the best versions of ourselves.  Otherwise you'll never have any fun, and that would be a tragedy.