"How do I become a male escort?"

“How do I become a male escort?”

Of all the questions guys ask me, this one comes up a lot. You haven’t said whether you’re straight, gay, bisexual, or queer, but since most of the people who ask me this are straight guys who want to provide services for women, I’m going to assume that’s the scenario you’re referring to.

If you’re a straight guy, being a sex worker for women might seem like the perfect job. If you enjoy sex, have lots of female friends, and people tell you you’re a good listener, you may feel it’s your calling. Why not get laid and make bank too?

Unfortunately, it’s a little more complicated than that. But because I’m not a guy, I’m also not exactly the right person to answer this question. So I’ve invited experienced sex worker Cameron Hart to explain what being a male escort for women is really about.

✋🏼
Warning: There’s a bit of tough love in this article, because neither me nor Cameron think that everyone is cut out to be a sex worker. If you’re a straight guy wanting to exclusively see women, the demands of the job are even higher…and frankly, I don’t think many guys are ready for that, no matter how enthusiastic you might feel.

It’s also important to note that we’re not trying to gate-keep. People of all genders get into sex work for all kinds of reasons and I’m not in the business of telling people whether they’re allowed to do it or not. But if you’re fantasising about this particular career, there are some practical considerations you need to be aware of. Some of them are gender-specific, and some apply to sex work regardless of who’s doing it.

Cameron Hart is a Brisbane-based sex worker and escort for women and couples. He’s been doing this work for six or seven years.

Cameron says that he didn’t have big plans to become an escort - it happened slowly. “I was dating a sex worker and as a result I had friends and contacts and acquaintances who are sex workers, mostly women and queer folk. And they put the idea in my head, they were like, 'Hey, should do this. You're good at this. You're good at the personal skills, you know, relating to people.' I wasn't peer-pressured into it, but it was something that was brought up a lot. And then one day, I was like, 'Yeah, why not? I'll give it a go'. And then it kind of stuck.”

First thing’s first…there’s a lot more to sex work than just having sex. Like me, Cameron is often approached by guys wanting advice on getting started in the biz, and they sometimes have the wrong idea.

“They think it's about getting laid and getting paid,” he says. “Part of the problem is the fact that there's no realistic media depictions of male sex work outside of, like, Deuce Bigelow. When we see male escorts in the media…[they] will always put this James Bond kind of sheen over anything that cisgender male sex workers do. And it's so far from my lived experience and from the lived experience of almost all sex workers.”

Sex work isn’t necessarily about getting off. There are a hundred other practical concerns and skills workers of all genders need to master, and most of them aren’t anywhere near as exciting as you might imagine.

Advertising, marketing, answering enquiries, screening, scheduling…there’s a lot of admin work that goes into a successful sex work business! Although folks outside the industry often assume we’re not professionals, the truth is that being an escort requires the same level of organisation as any other kind of enterprise.

Cameron agrees. “Any skill that is good for a sole trader, any sort of independent business, is good to have if you're a sex worker. So that includes things like marketing skills…your ability to track finances and hold onto money…to operate financially and efficiently and effectively, the same way you would any other business.”

So, if you thought this job might be a way to escape the daily grind of answering emails and balancing the books…think again.

…and it takes advanced social skills, too.

Do you have the emotional intelligence and self awareness to be able to make anyone feel comfortable? What if they have past trauma? Can you handle that situation? If you can’t, you may not be a safe person to provide this kind of service.

“There’s a level of personal and sexual confidence you need to have as a sex worker. You don't want to find yourself in situations where your own personal baggage comes up. Your own hesitations can come across in a booking, you definitely need to be comfortable with your own sexuality and your own capacity for physical intimacy, at the very least.” Cameron says.

Being able to connect emotionally is essential, whether you find your client likeable and attractive, or not. “You've got to have empathy as a sex worker. You can't be someone who doesn't know how to connect with another human being on a basic level. Not everyone can do that. It's hard to find common ground with everyone you come across.”

When he entered the industry, Cameron wasn’t prepared for the amount of trauma he encountered. Many of his clients have suffered past sexual trauma and he says it can be ‘extremely confronting, scary shit.’ “Are you the kind of person who can talk to someone who has gone through a massive trauma? Can you engage with them on a personal level? Can you be physically intimate with them in a way that continuously keeps their trauma in mind? So that you're treading that fine line of being able to help them engage with something, without triggering another traumatic response?” This kind of work can be exhausting and extremely difficult - it’s stuff that even trained psychologists and therapists sometimes fail to handle.

(By the way, this isn’t exclusively a ‘women’s’ issue. Many of the guys I see as clients have suffered past trauma or abuse too, and they also need and deserve compassionate treatment.)

If you’ve been an escort client in the past, you may be thinking, ‘I get along with ladies just fine.’ But there’s a big difference between being a client and being a service provider. There’s a lot of ‘invisible emotional work’ and that happens but that you won’t necessarily notice, because a good escort makes it look so effortless. If you assume the job is going to be easy, you might let someone vulnerable down or make them feel unsafe, and that’s not okay.

You may never make a full-time living.

Do you have other work to back you up? As a straight male escort exclusively for women, the market is much more limited than for other genders and sexual orientations. That means fewer clients, longer wait times between bookings, and less profit.

“The truth is that being a being a cisgender male sex worker who exclusively sees women isn't the most lucrative business in the world,” Cameron says. “There are one or two sex workers that I know who have made a life of it. But for the average guy in my position, it's not that I couldn't live on the income I make from this alone, but I would not be functional because it's completely inconsistent. “

When there are only two or three people actually making a full-time living in the field you’re considering, it’s a sign that the job might not be a lucrative option. 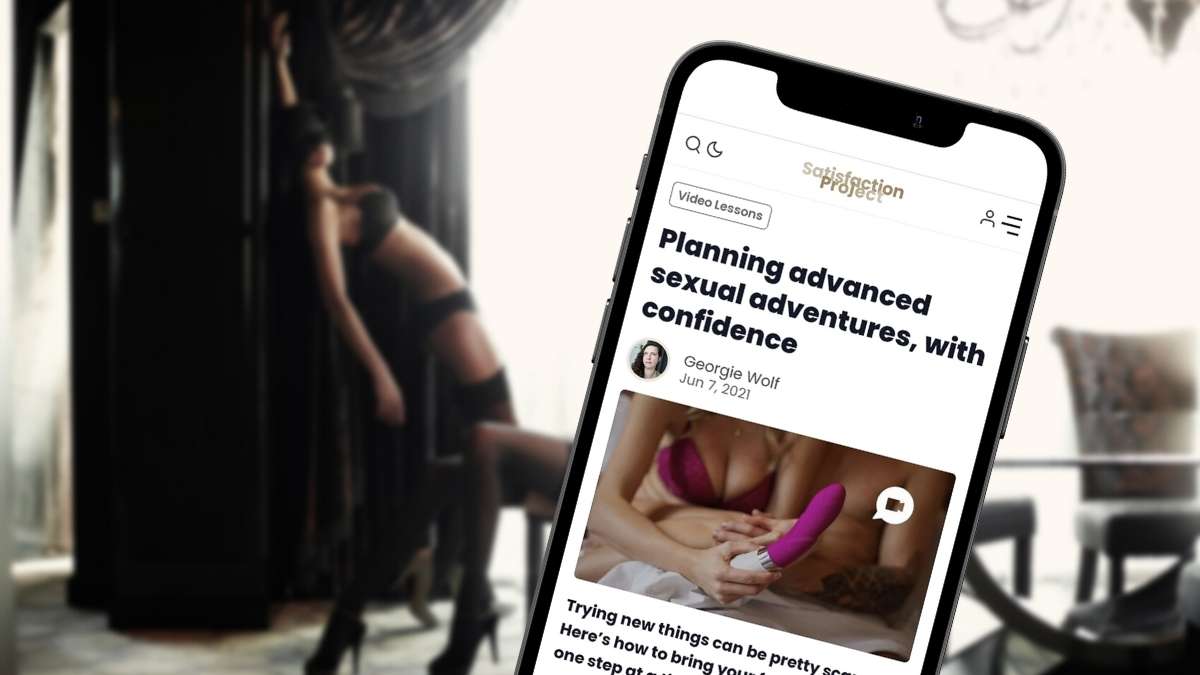 Bring your fantasies to life...with confidence.

Are you more into the ‘idea’ of being a sex worker?

Up the top of this article, we talked about the fantasy of sex work - the ‘James Bond’ aura that the media gives to male escorts who see women. But, as you now know, the reality can be very different. It’s not fun, it’s work…and sometimes it’s hard work.

Cameron says that a desire to get into the industry isn’t always a good indicator of suitability. In fact, it’s often the opposite. “I'm not trusting of the kind of man who one day just decides to become a male sex worker. And that may come across as hypocritical, and that's fine. People have a right to their own opinions.”

As we mentioned earlier, Cameron entered the industry gradually, with a lot of support from his friends and partners. He already knew a lot about the work and its realities…and when he began, he didn’t need explanations.

You may notice that, throughout this article, I haven’t actually answered the original question. Instead of explaining, ‘How to become an escort’ I’ve attempted to answer the question ‘Should you become an escort?’ There’s a reason for this. The fact that you’re asking ‘how’, means you’re probably not familiar enough with the sex industry to know how all of this works. And if you’re asking me rather than doing your own research and making your own connections, it could mean you’re not ready.

For most guys, the answer is, ‘It’s probably not right for you’.

Thanks for sticking with me through all of this tough love! I think it’s better to know the facts now, so you can make an informed choice.

Being a male escort for women isn’t just about getting laid, with the added bonus of making bank. It’s a tough, demanding job that doesn’t pay as much as you might think, and comes with a whole lot of requirements around business skills and emotional self-awareness.

Just wanting to be a sex worker isn’t enough. This line of work tends to be something guys move into gradually, not something they actively seek out. If you’re super attached to the idea without knowledge of the practicalities, it’s probably a sign that you’re not the right person for the job.